Distinguishing between pain and suffering to safely explore our physical limits 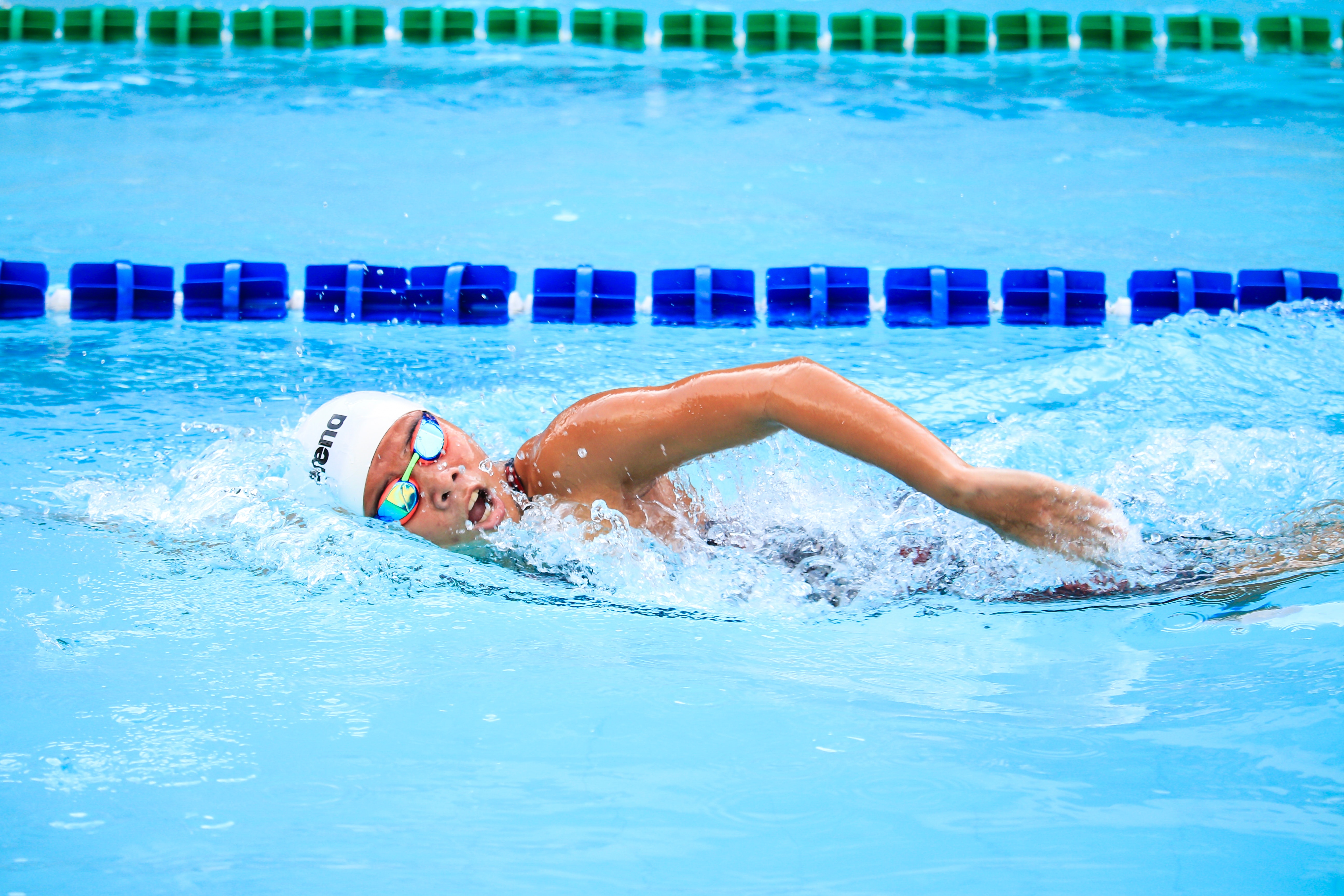 When it comes to human performance, the ultimate ceiling of what you are capable almost unimaginably higher than what we generally believe.

David Goggins, a US Navy SEAL, world-class ultra-endurance runner and one-time record holder for most pull-ups in a 24-hour period (4,030), likes to say that most of us never use more than 40% of our potential in any activity. It’s doubtful that we’ll ever pin that number down with any research-backed certainty, but that general idea – that we’re capable of far more than we know – is certainly true.

Evolutionarily, we’re the most efficient runners on Earth. Well-trained humans can run animals like gazelles to death in the heat. Yet most of us find jogging just a few miles to be quite uncomfortable.

Your perspective, as well as some interactive physiological limitations and things like your injury history, often sets the ceiling of that potential. What happens in your mind determines what happens in your body – and how far it can go.

We’re not saying that we’ve all got the ability to run alongside San tribesmen in the Kalahari for eight hours, but most of us are operating far below our limits when it comes to endurance work like running, biking and swimming.

The good news: We can change that. And it doesn’t have to involve an endless suffer-fest to do it.

Something that goes overlooked in physical training is the role of the brain and your emotional perspective when you train.

Just like the heart rate zone you’re working in, your mindset influences the type of adaptations that are developed and the “central governor” factors that are built alongside – things like how your brain decides to parcel out sensations of fatigue or distress and how you process physiological feedback and emotional perspective under stress.

Endurance fatigue and power output are governed at least as much by mental factors as by mechanical ones. Your goal in training is to make hard things feel easy, rather than increase your ability to do things that feel hard.

Freedom from suffering, not more tolerance of it

You want freedom from suffering, not tolerance of it. An important aspect of training is learning to distinguish between pain and suffering.

You can be in pain without suffering, and you can suffer without being in pain. An Olympic medalist who crosses the finish line after winning a medal in the 400m dash will be in a lot of pain – their body has just been pushed to its absolute limit – but if you look inside their mind you’ll find nothing but joy and acceptance.

On the other hand, you can have an exerciser in a gym going through a simple workout who has learned to fear the physiological feedback that accompanies exercise such as increased respiration and heart rate, and you can have someone who isn’t in physical pain but is still in a place of suffering in their mind.

The distance between how much physiological sensation you can process and the point at which you start to break down mentally and suffer as a consequence of it can be massive. The size of that distance is one of the primary things that distinguishes successful athletes and healthy, physically engaged people from everyone else.

Much of the training process is about increasing that gap: learning to do more with your body while maintaining the mental and emotional perspective that the feedback you’re feeling is non-threatening and a necessary and useful part of doing physical things you enjoy.

If you start out on day one of your training working at the level of “suffering through,” then you’ll always be suffering and that’s going to impair your reach. If you stay below that pain threshold and work to raise the level of what you can do easily you can keep raising that barrier for a very long time.

Your goal is to work within the world of “easy, sustainable and enjoyable” and expand that world. That’s the realm with the most developmental potential.

There is a place for soul-crushing hard workouts, and they’re a necessary part of the process, but that shouldn’t be the baseline.

There’s an old latin phrase that was used to refer to the passage of hours during the memento mori movement: vulnerant omnes, ultima necat. It means “they all wound, the last kills.”

If you’re suffering through painful workouts one after the other, you can think of them as having the same relationship to your mind and body. Even if you don’t or can’t observe the damage, it’s manifesting somewhere. Eventually the last one breaks something. For a common example of this, see Crossfitters or people doing “insane” home workout dvd’s who have injuries “come out of nowhere.”

This is much different from the exercise-as-punishment mentality, but that mindset is why most people who engage with the fitness industry are burnt out or have chronic pain or limitations within a few years. We trade easily-observable short term events for long-term systematic patterns.

For many people, it’s kind of refreshing to think that your purpose in training is to make it feel easy. That it’s not supposed to all hurt, all the time.

A better place to focus your effort

That doesn’t mean that training should always be effortless, or an expression of laziness or disengagement. In fact, this approach requires a level of mental engagement that’s uncommon with anyone in the fitness world, even with those who pride themselves on suffering through painful workouts.

Surfing the line between sustainable output and discomfort requires constant attention, not unlike actual surfing.

You could think of the same thing in getting bodywork done; say a sports massage or a session with a Rolfer. A lot of people think that the more they can suffer through pain, grit their teeth and writhe around on the table, the better the result they’ll get.

How much can you take on and make ‘No Big Deal?’

The challenge becomes not how much pain you can tolerate, but how much potential discomfort or stimuli you can mentally re-process so that it’s not painful. You think of it as, “How much can I handle while making it no big deal?”

The idea is to relax into and physically and mentally accept something that would otherwise cause you to recoil in pain. Doing that is probably more difficult than just gritting your teeth and tolerating as much agony as you can, because that allows you to check out mentally.

It’s the same with endurance training.

Where you are on the spectrum between catastrophization and normalization in your endurance training dictates what your brain is going to think of that activity in the future. If you make it a big deal, it will become a big deal. You can’t raise the ceiling of things that are already a big deal by very much, and they all wound.

The tendency to associate the physiological sensations produced by intense physical activity with threat and potential damage isn’t irrational.

In most training environments, there is no quality feedback around movement quality that could guarantee that movement is safe. Instead, it’s quite normal for intense training to mean that an eventual injury is on the way.

A highly-trained coach can monitor movement quality and provide immediate feedback so that training stays safe no matter how hard or how much you’re working, but for the majority of people who can’t train under the supervision of such a coach, it’s entirely reasonable to think of intense activity as the precursor to injury. Under those conditions, it’s impossible to separate pain from suffering.

Cipher Skin aims to change that. We’re developing technology that puts a world-class coach into everyone’s pocket so that they can train as much as they care to with a real-time feedback loop that ensures strong, safe movement quality the entire time. By controlling movement quality under challenging training conditions, we can give people the room to mentally and emotionally re-process the associations they make with training and exercise. People can learn to be limited only by their metabolic capacity and safely explore and push their physical limits without risk of injury.