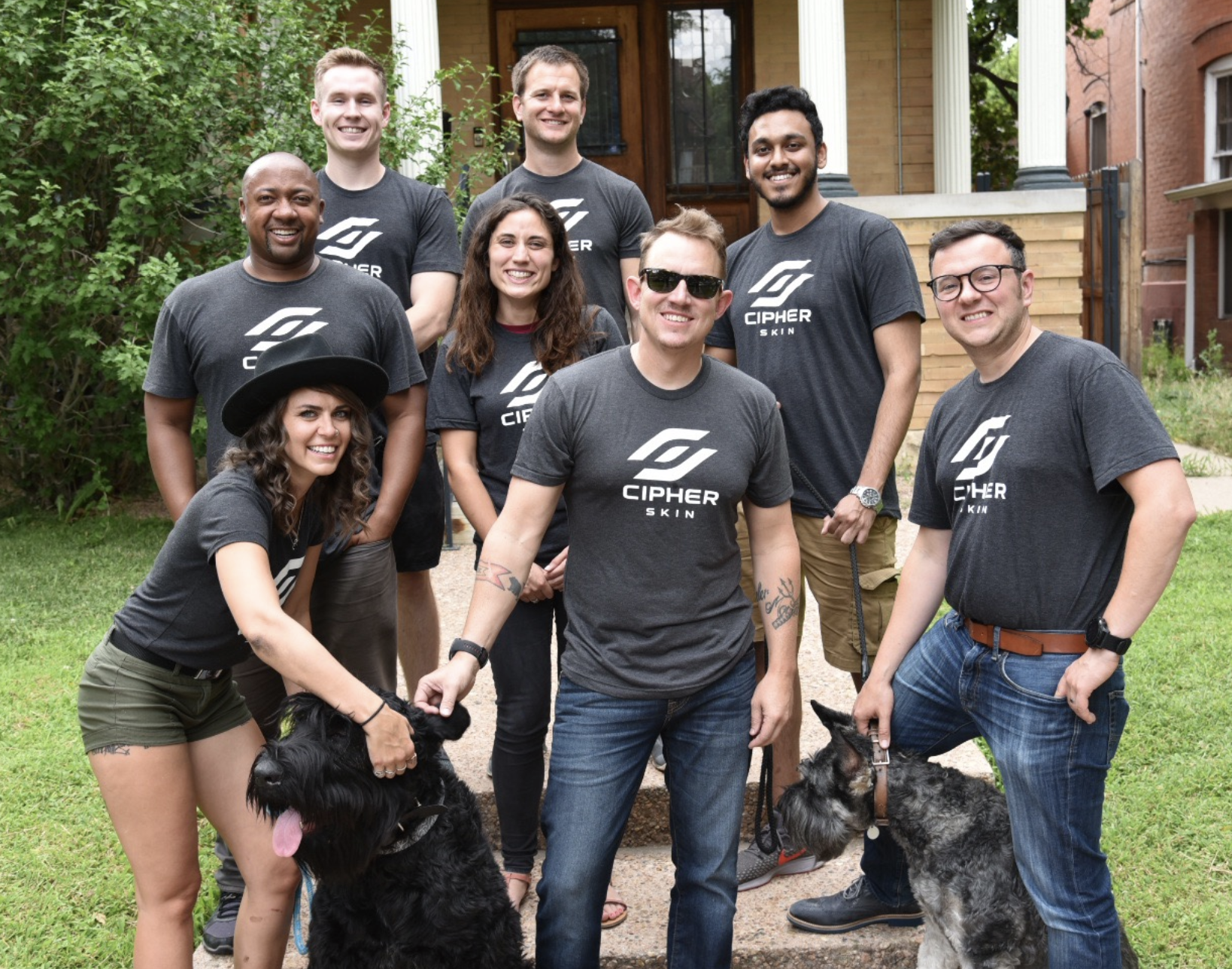 [Denver, CO] – Cipher Skin, a Colorado-based technology start-up, is moving its headquarters to a new, larger office space in downtown Denver, to accommodate continued growth over the past few months.

Cipher Skin Inc. is a technology company that revolutionizes the way data – on the human body or any other physical object – is collected, reported, analyzed and monitored. Based on the team’s expertise in high-fidelity sensors and analytical tools, Cipher Skin has developed a groundbreaking technology – a mesh that enables sensors to contour around the whole body and to pin multiple simultaneous measurements over a long period of time, without any interruption. This cloud-connected device models movement in three dimensions, creating a Digital Mirror™ of the wearer.

In April 2019, Cipher Skin raised over $1.25 million in seed funding from South Oak Capital Partners, LSVBR Partners (part of The Lemoine Company) and other angel investors.

“In less than three months, we have moved from a solid proof of concept to three complete and reliable MVPs – we have made significant technological progress in record time, thanks to a brilliant and highly seasoned engineering team,” said Phillip Bogdanovich, co-founder and CEO of Cipher Skin, who, prior to Cipher Skin, built two technology startups and took them to several million dollars in revenue.

Based on its breakthrough technology, Cipher Skin has developed a smart compression Knee BioSleeve, that enables athletes to achieve the safest and most efficient recovery from injury, thanks to real-time 3D motion tracking of the knee, which provides key measurements such as range of motion and joint velocity.

On the industrial side, Cipher Skin also designed and built the Pipe Sleeve dedicated to pipeline monitoring, to identify and predict structural failures and leaks.

“The total addressable aggregate market size for Cipher Skin’s technology is projected to reach $700 billion by 2028. We are now working with client-partners on MVP improvements. They expressed keen interest in our products and want to test them. We might be able to market the first products within a few weeks,” Phillip asserted.

Riding on a wave of success, Cipher Skin, whose team doubled in size over the past three months, is planning on tripling its staff within the next year. Their move to new, larger offices is the sign of bright prospects – and it seems this is only the beginning.